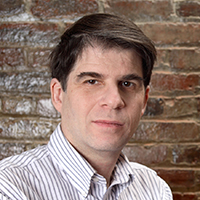 Christophe Benoist is the Morton Grove-Rasmussen Professor of Immunology at Harvard Medical School.

He received his MD from the Université Paris Diderot, and his PhD in Molecular Biology at Université Louis Pasteur in Strasbourg, France. After training with Pierre Chambon as a molecular biologist in transcriptional regulation (Ovalbumin, SV40), Dr. Benoist switched to molecular immunology as a post-doctoral fellow with Hugh McDevitt in Stanford, where he participated in the first cloning of class-II genes of the Major Histocompatibility Complex. He returned to France at the end of 1983, establishing a joint laboratory with Dr. Diane Mathis at the LGME (later IGBMC) in Strasbourg. In 1999, the Mathis/Benoist lab moved to the Joslin Diabetes Center and Harvard Medical School in Boston. The lab joined the HMS Pathology Department in 2009.

The lab’s principal contributions have been in the area of immunological tolerance and responsiveness, pioneering genome engineering and Systems Immunology approaches to understand immune specificity: how MHC-II genes are regulated, define the T cell repertoire, and control T cell activation and autoimmunity; the role of the Aire transcription factor in allowing ectopic gene expression in the thymus, and the mechanisms of the pathology that results in Aire’s absence; how FoxP3 centers the transcriptional regulatory network in Treg cells, and how the latter regulate a range of immunologic and non-immunologic phenomena; how microbes bias the immune system to promote or protect from autoimmunity. The lab created several now classic transgenic or knockout mouse models of immunodeficiency, diabetes and arthritis.

Dr. Benoist is the Program PI of the Immunological Genome Project (ImmGen) and led the ImmVar consortium. He is an active member of the Commitee on Immunology at Harvard Medical School, the Broad Institute and Dana Farber/Harvard Cancer Center. Dr. Benoist is a member of the French Académie des Sciences, and was elected to the US National Academy of Sciences. 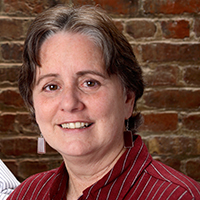 Dr Mathis is currently a professor of Microbiology and Immunobiology at Harvard Medical School and holder of the Morton Grove-Rasmussen chair of Immunohematology.

Dr. Diane Mathis obtained a BSc from Wake Forest University and a Ph.D. from the University of Rochester. She performed postdoctoral studies at the Laboratoire de Génétique Moléculaire des Eucaryotes in Strasbourg, France and at Stanford University Medical Center. Dr Mathis returned to France at the end of 1983, establishing a laboratory in conjunction with Christophe Benoist at the Institut de Genetique et de Biologie Moleculaire et Cellulaire in Strasbourg. The Mathis/Benoist lab moved to the Joslin Diabetes Center at the end of 1999. The lab joined the Harvard Medical School Pathology department in spring 2009.

Dr Mathis was elected to the National Academy of Sciences in 2003; the German Academy, Leupoldina, in 2007; and the American Acadamy of Arts and Sciences in 2012.

Dr. Mathis is also an active member of the Commitee on Immunology at Harvard Medical School, the Broad Institute, the Dana Farber/Harvard Cancer Center and the Harvard Stem Cell Institute.